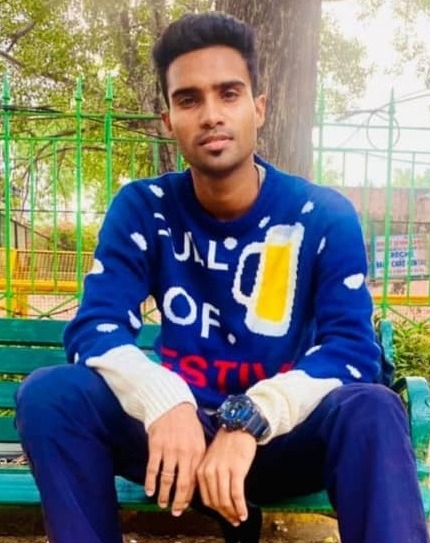 As Jaikishan danced for his sixth-grade school annual day

As Jaikishan danced for his sixth-grade school annual day, he realized that this was something he was good at, and something he could put his life into. Having danced only before with friends and in functions, he decided it was time to hone his skills. Having no space around his house to practice jumps and flips, he started travelling 14 Kilometers back and forth to a Park. Unfortunately, dance is not something that is generally regarded as a career in India, and like many other families, Jaikishan’s family didn’t think he could make an earning out of it. Especially with their tight financial situation, Jaikishan knew that there was no way he would be able to pay for dance lessons. Despite the circumstances, Jaikishan did not stop travelling and practicing dance in the park. He eventually felt that he required a speaker to practice on Music, but with no money in hand, he accompanied his brother to wait tables at a wedding  and earned Rs. 350.He bought his first speaker with that cherished amount of money and continued his practice.

Jaikishan was in the eleventh grade when he saw a pamphlet for Dance Out of Poverty’s auditions, where if he got through, he would stand a chance to get proper classes. Fortunately, for Jaikishan, up until this point, he hadn’t let himself get disheartened and continued to practice dance in public parks and the like. This determination is what got him through the auditions, and he began his classes with Dance Out of Poverty. Jaikishan remembers this time fondly, as he had a lot of fun while learning things he had not even heard of. “It gave me the confidence that if I pursued dance, I would definitely be able to make something of myself” he recollects. As he continued to dance, he even got to share a dance stage with celebrities and got good enough at dance to even teach kids younger than him. Big brands like T-Series had promoted him as part of their channel.

Through dance, he got to fly on an airplane for the first time to Mumbai for the promotion for an Amitabh Bachchan film and another time as a teacher. This is what convinced his family that perhaps there was a future for him in dance. Gone were the days where they thought his dancing was just a waste of time. Today, as the pandemic rages on, things are difficult for him and his family, but his passion for dance has not wavered one bit. He teaches kids dance at a studio to earn some money and spends the rest of his time in training and conditioning himself. Jaikishan aims to get into a reality show, so that he can become well known as a choreographer and looks to a day in the future where things normalize, and he can continue to pursue what he genuinely loves doing.

“If not for Dance Out of Poverty, I would’ve definitely given up on dance”, he reminisces. He’s under that pressure again, unfortunately, as the pandemic has worsened the nation’s economic situation. Despite this, Jaikishan says the confidence he gained through his dance experiences has let him maintain the conviction that dance was exactly what he wanted to do with life and wants to dedicate his life to it. There are innumerable untold stories about people who have the same level of passion for dance as Jaikishan but simply do not have the opportunity to pursue dance. Dance Out of Poverty aims to give these people the chance they need to be able to do what they absolutely love.