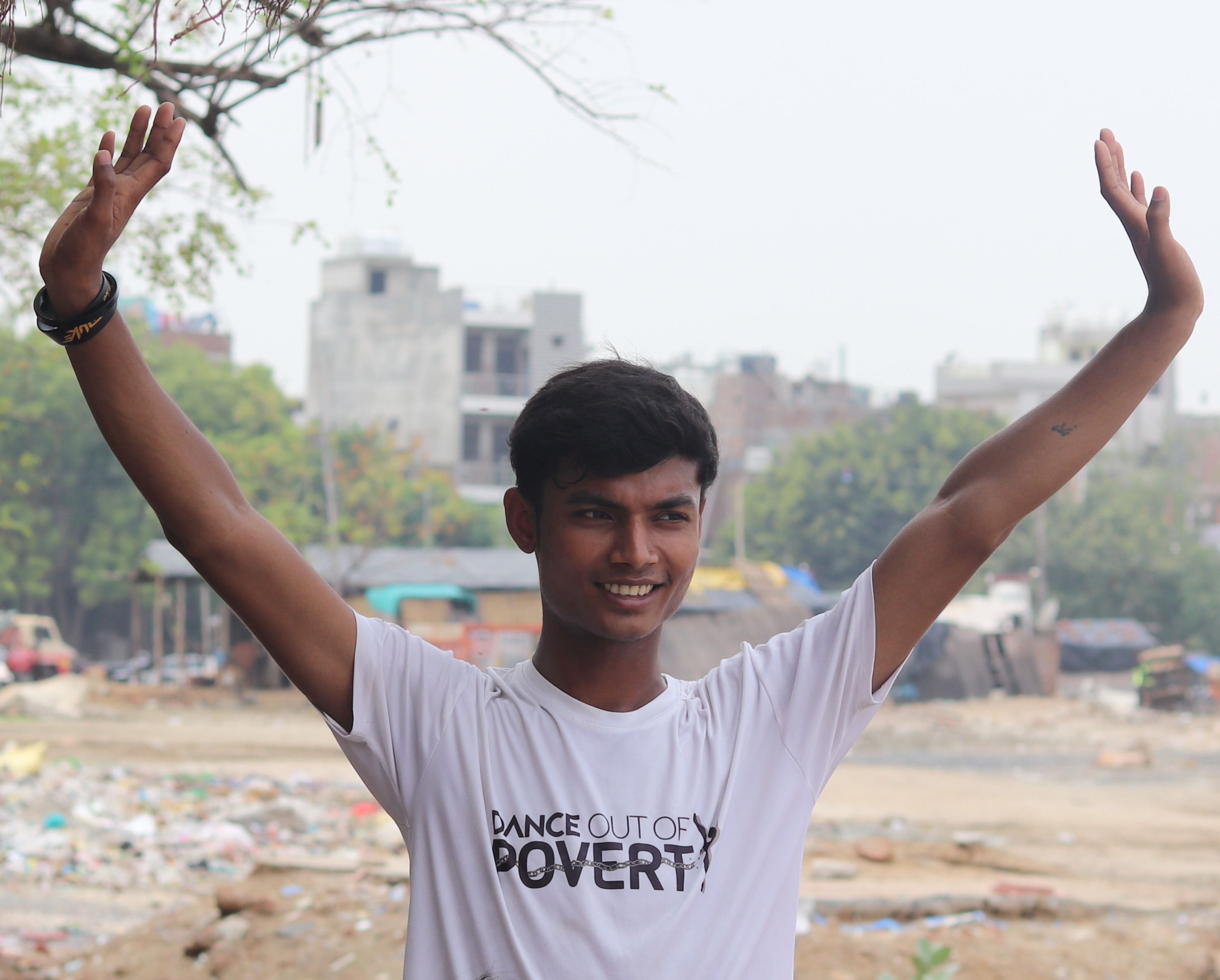 Kaushal readies himself for his dance audition

Kaushal readies himself for his dance audition the next day with Dance Out of Poverty, but his preparation will need a lot more than just rehearsals, because he’s going through withdrawal symptoms from his decision to quit drugs. The son of a welder, attending government school, a 14-year-old Kaushal was drawn to the “cool” crowd who spent their time smoking and drinking. As Kaushal got more involved in this, lying to his parents to buy cigarettes soon turned into stealing from them and others, so he could afford his daily dose of Weed and Charas.

Kaushal spent the next four years smoking his life away with his body and mind getting weaker by the way as he continued to steal to feed his addiction. Despite this, Kaushal kept at it because he enjoyed being the “hero” who was feared and respected by his peers. This continued even after he met his friend Jaikishan, who was a dancer in a certain group. Kaushal too had a passion for dance and thoroughly enjoyed intense practice sessions with his friends, but pursuing dance was all but a dream because of his addiction and family’s financial situation. However, when his friend, Jaikishan told him about Dance Out of Poverty, an NGO that provided children dance lessons free of cost, that dream perhaps didn’t seem distant anymore. Jaikishan didn’t know about Kaushal’s addiction though, and that petrified Kaushal. “What if he found out and disowned me? What if I didn't get selected because of my habits?”. Kaushal was now at a turning point in his life: He could either continue going down his current path or give up on drugs and pursue a passion that his father didn’t approve of.

Kaushal made his decision, and he chose dance, quitting drugs. Through all the withdrawal symptoms and the mental health issues that came with it, Kaushal persisted, never doubting his decision. Through pure dedication to his craft, he cleared the auditions of Dance Out of Poverty, which jump started his journey to redeem himself. Though he says he has a long way to go, Kaushal has achieved great success, learning choreography, participating in reality shows and giving back by helping unprivileged children learn dance. He happily looks ahead with the support of his family and friends towards his goal of becoming a Bollywood choreographer. He says with a sheer sense of pride “I managed to change my image from Kaushal, the druggie to Kaushal, the dancer”.

There are numerous children who also wish to rise up from the unfortunate situations they have been placed in, and Dance Out of Poverty wants to be there for every child like Kaushal to help them realize that their dream to dance doesn't have to remain just a dream. Stories like Kaushal’s act as an inspiration to everyone to show that with just a little bit of help, people can emerge victorious from even the greatest of adversities.