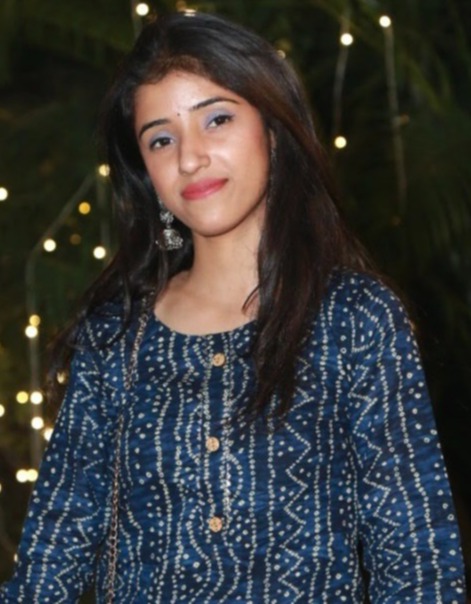 As a child, Lucky Sharma was fascinated by dance.

As a child, Lucky Sharma was fascinated by dance. All through her growing years, she enthusiastically grabbed every opportunity that came her way, performing in school, in her coaching centre functions, and more. As a teenager, she slowly realized this was what she wanted to do in life. She also knew that would require proper training. While her mother was supportive, the family could not afford to pay for dance lessons. Her father believed that a good education would help secure her future. So, at one point, Lucky had restricted herself to focusing on her studies and giving up any future in dance. That was when a close acquaintance told her about Dance Out of Poverty, where she and other talented youngsters from economically backward families would receive dance lessons for free.

Even when she auditioned and was chosen, Lucky admits that she was sceptical about the quality of training she would get. So, she could hardly believe it when she received not only formal training, but also a holistic education. It was so much more than she had ever imagined. After that, there was no looking back. Starting with small group performances, Dance Out of Poverty gave her and other dancers opportunities to perform with film stars like Ranbir Kapoor, Katrina Kaif and others. One of her most memorable moments was her meeting with then President, Late Shri Pranab Mukherjee.

“I showed my father the group photo I had with the President, and that was the first time he showed any positive reaction to my dancing. He showed it to everyone in his office,” she recalls with pride. Just when they started getting bigger, better opportunities, tragedy struck. Lucky’s older sister succumbed to jaundice. The family was devasted. “My sister also contributed financially, so I began thinking of how I could fill that gap,” says Lucky. Unfortunately, that was around the time the Covid-19 pandemic struck, followed by the lockdown, which hit them hard. “I was ready to take on any work to help my family,” she says, but nothing was available.

“When I’m not dancing, I start overthinking. Once I’m dancing, then nothing else exists.” When their classes at Dance Out of Poverty resumed, Lucky felt hopeful again. She began giving dance lessons and is looking forward to better prospects. Lucky credits Dance Out of Poverty with not only giving her the skills she always wanted, but also giving her an education that has boosted her self-confidence, on the stage and off it. “Today, I can speak to people, even a big group of people, without getting nervous,” she shares happily. “I don’t think any dance academy would have done so much for me.” Ask her about her dreams and they all relate to dance in one form or another. She wants to teach dance and become a choreographer, but she’s clear that she also wants to keep learning for the rest of her life.